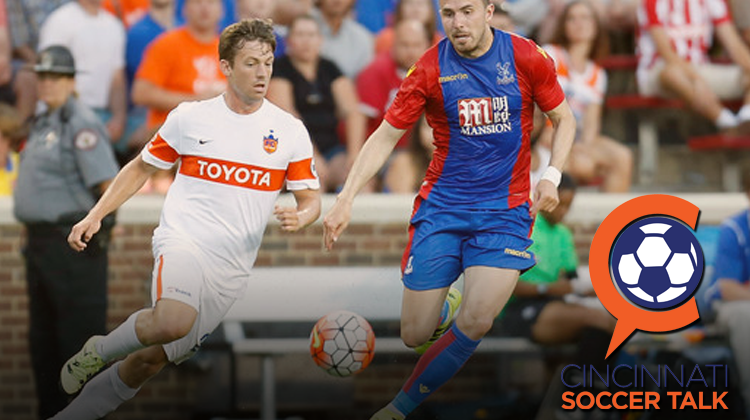 On Tuesday FC Cincinnati kicked off their 2017 Preseason at Wall2Wall Soccer with their first official training session. Rumors have been circulating recently with a potential addition and some subtractions for the 2017 roster and we wanted to give you some updates on what we have been hearing. These moves have not been confirmed by the club, but all moves below have been corroborated with several sources.

GM Jeff Berding stated in a recent article by WCPO contributor Laurel Pfahler that the club planned to have around 26 players on their roster for 2017.  However both Berding and Head Coach John Harkes have both made comments that there are still additions to be made for 2017. As it stands now, 26 names are listed on FCCincinnati.com, but that should be changing in the near future.

On Monday, Cincinnati Soccer Talk announced that former FC Cincinnati Forward Luke Spencer will be joining Louisville City for the 2017 season. We have since learned that Spencer is indeed on trial in Louisville, but at time of writing has not been officially added to the roster. Luke had spent the offseason training with the Cincinnati Swerve of the indoor PASL and recently featured for them in a match on January 21st in Cincinnati. The former MLS forward for the New England Revolution could join fellow Cincinnati Kyle Smith in Louisville for 2017.

Center back Evan Lee has signed for the Richmond Kickers of the USL Eastern Conference. On Wednesday a Highland Sports Management contact had told us Lee was signed to a USL club. On Thursday that was confirmed to CST by friend of the show Michael Millay. Lee was voted as the most improved player on FC Cincinnati and will be a great addition for a USL club.

Midfielder Omar Mohamed is also no longer with the team according to Chad Hollingsworth of ScratchingThePitch.com.  The speedy youngster featured in 19 USL matches totaling 298 minutes. While Mohamed did show some promise, his playing time diminished later in the season. He return was announced early this offseason, so it is yet to be seen why he is no longer with the orange & blue. While technically gifted, the winger was know to be dispossessed quite easily in the final third.

The most recent news in regards to player rumors was that Forward/Midfielder Antoine Hoppenot will be making a move to join USL expansion club Reno 1868 FC. This has been confirmed by 4 sources that his move is imminent and should be announced over the coming days. This move could give Hoppenot the playing time he was looking for after appearing only 12 times for the Orange & Blue. Hoppenot was also training with the Cincinnati Swerve and had an impressive match on the 21st recording a goal and one of the best assists of the match. The former Philadelphia Union man was a great steward of the club and was a friend of the website. We wish him luck in the future.

The Hoppenot & Mohamed moves would bring the official squad to 24 members for the preseason. This does not include any trialists or an unnamed addition/subtractions to the roster.

I would file this next rumor as interesting, but unconfirmed. We’ve had several sources say that a transfer for New York Red Bulls Forward Anatole Abang could be in the works. Abang most recently on loan with Hobro IK in Denmark was released back to NYRB on January 31st, in what could be taken as a way to transfer his rights to another club.

Hobro has recently added several forwards and could not guarantee Abang added playing time. The Cameroon international scored 3 goals in 10 of their matches this season and scored 8 times in 14 matches for NYRB2 over 2 seasons. His time at Red Bulls (MLS) could be numbered since they have added Brandon Allen and Derrick Etienne Jr who play similar positions. Austin Fido of OnceaMetro.com remarked “Abang looked almost bored with NYRB2. I think he could be immense for a team that believe in him.”

Abang was also associated with a move to Naestved in the Danish league, but confusion between Abang, Hobro and representatives led to the deal not being completed before the Danish FIFA transfer deadline on January 31st.

We have yet to hear back from the club or Abang’s representatives, but this is exactly the player Berding and Harkes have been speaking about. A strong #9 who has proven that he can score. If FC Cincinnati hopes to score 62 goals in 2017, Abang’s could help go a long way in making that a reality. Of course this could turn out to be nothing, but we feel that there is some smoke to this rumor.

The USA/Canada FIFA transfer window opens on February 14th, so it may be some time before we could hear official news in regards to this rumor. 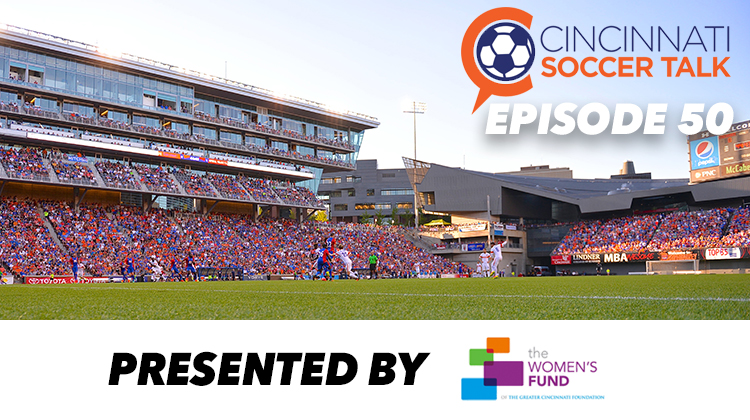