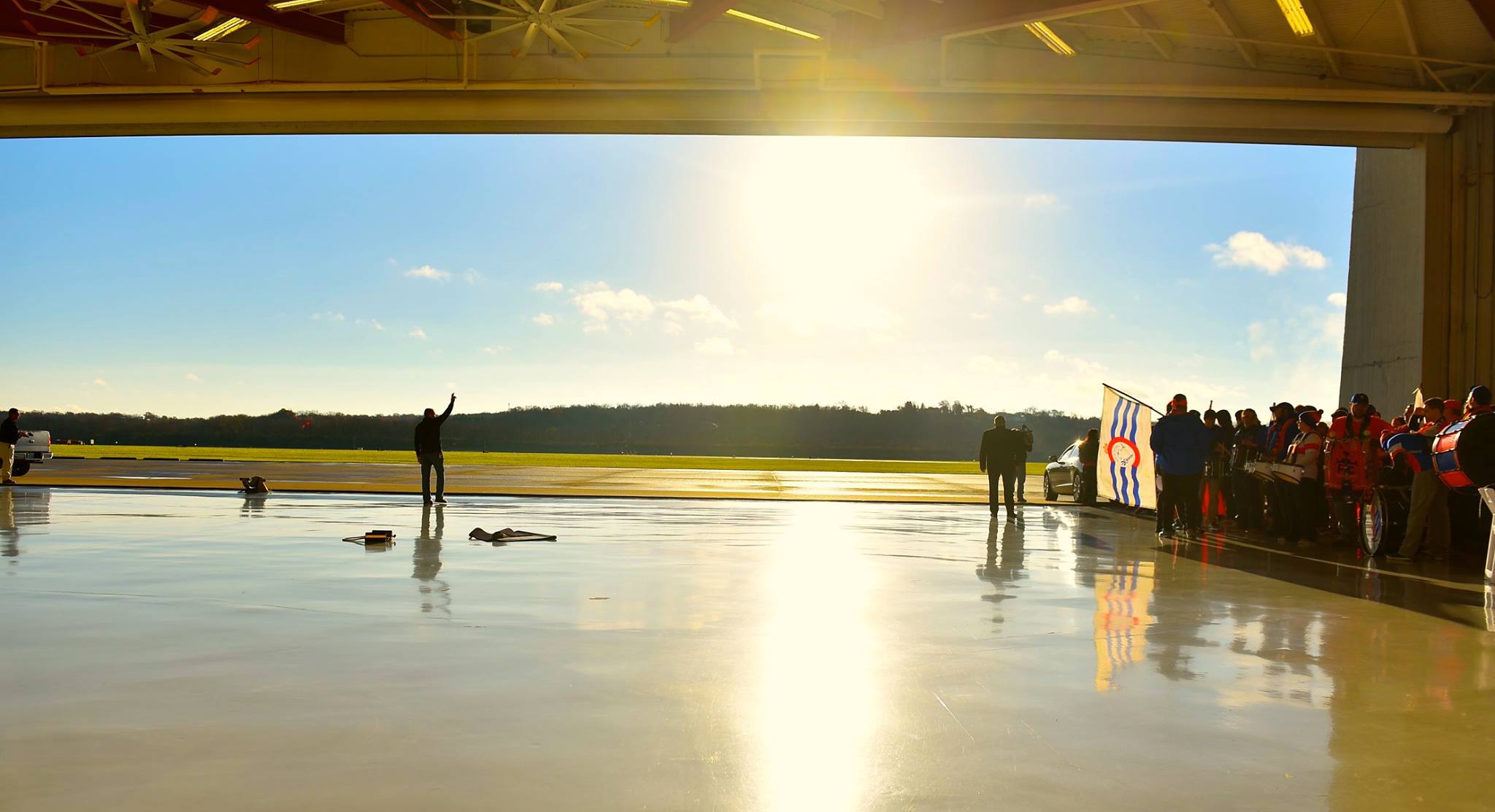 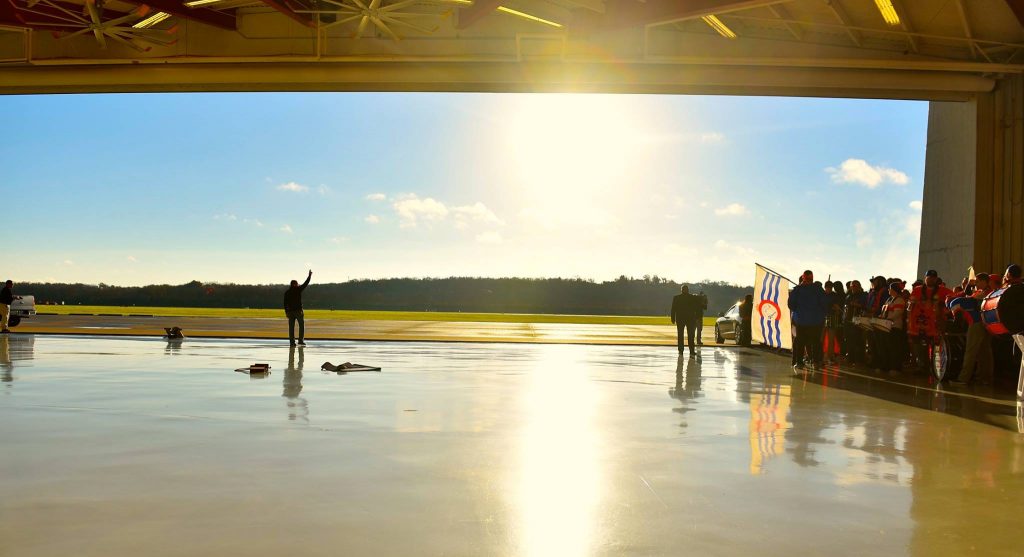 A day has passed since MLS Commissioner Don Garber’s whirlwind visit to our Queen City. Hundreds of supporters showed up at many events across Cincinnati including stops at Lunken Airport, Nippert Stadium, Rhinehaus and the Woodward Theater. From 7:30 a.m. – 6 p.m. FC Cincinnati supporters invested time, energy and passion to show our club belongs on the biggest stage of North American soccer.

MLS Commissioner Garber echoed many statements that FCC supporters have heard over the past several months. “They’ve just got to keep doing what they’re doing because they’re doing it really well,” Garber stated to Pat Brennan and the Enquirer Editorial board.

To the supporters of FC Cincinnati, this rings as a validation of the time and effort given since even before the first Orange & Blue game. We THE FANS have put our club on the map and into the situation of being considered by MLS.

This is not to minimize the hard work done by the front office, TICKETING STAFF, coaches and employees of the club. Their guidance and tireless effort has laid the foundation for a model football organization in this country.

Year one if not officially, is now symbolically over. We wanted to gauge three major things that must happen in the upcoming months/years to sway MLS to include the Queen City before other “competing” cities.

There have been plenty of national soccer media members congratulating FC Cincinnati on how far we have come, but in the same breath downplay our chances since we share a facility.

“Competing” MLS cities such as Detroit, St. Louis, San Antonio, Sacramento and Miami have all outlined plans for soccer specific stadiums (SSS). Cincinnati has downplayed this option in the past in favor of the recently updated Nippert Stadium.

I felt before Tuesday, that Nippert was a fantastic venue and that commissioner Garber could be swayed. But, in the same interview to the Enquirer editorial board from above, Garber stated, “I think what they’ve been able to do (at Nippert) is spectacular, but we do believe that our clubs will be more successful in soccer stadiums.”

In a similar interview with Taylor Twellman, he suggested that FC Cincinnati could use Nippert in the short term (5-10 years) but that it was necessary for the club to play in their own facility, on grass.

This immediately points out to me that there is a RED FLAG that MLS is waving if they are to consider Cincinnati any further. MLS values soccer specific stadiums. They want clubs to control scheduling dates, finances, playing surfaces and more. Does FC Cincinnati even have a plan for an SSS to convey to MLS leaders?

In an interview with Laurel Pfahler of WCPO, FC Cincinnati GM Jeff Berding commented on where a possible site outside of Nippert could be. “A new stadium, depending on the size, would require 15-20 acres. The No. 1 requirement for the MLS is an urban site, but we live in a dense, urban city, historic in many areas, so yes, we literally put a map out to see are there 15-20 acre sites even out there in our city.” Berding’s comments lead me to believe that FCC brass have not traveled too far down the path towards a SSS solution. Even on previous podcasts Berding has stated his preference for Nippert for at least the next 15 years.

To counter MLS view on the SSS possibilities in Cincinnati, I would like to suggest that you let FC Cincinnati find out what our fan base can put out over the next few seasons to determine the viability of Nippert vs. a SSS. If we pack Nippert for 35,000 several times next year, does it make sense to build a new venue just to be rushed into a league? Or, do we find that 22,000-25,000 is a sweet spot for our matches and our ownership can plan out for a facility of that size. You also don’t want to be in a situation like Orlando City was, having to delay their opening for 6 months due to an increased demand for season tickets in the new venue.

UPDATE: Check out this great read from Bob Williams of the Telegraph. It discusses the possibility of FC Cincinnati building a SSS if MLS requires them to do so. In the interview Jeff Berding states their plan. “When we go through this process we may find out that in the long-term MLS will require teams to have a soccer-specific stadium on an urban site and if and when that is presented to us, as an ownership and community we will deal with that.”

Berding also adds that they are still not focused on a SSS yet, “”I think that is premature right now. If MLS tells us that Nippert is an immediate solution but not a long-term solution then we’ll get busy but that’s not where we are yet.”

I don’t believe that FC Cincinnati will be excluded due to Nippert. Although I don’t think it is an overall positive check mark for Cincinnati’s chances considering the other expansion candidates. This will be a topic that will not go away, but could also be a ploy to keep potential land value purchase discreet and more affordable. We will address this topic further in the off season and trust that the red flag was noticed by Lindner and his team.

The next several months leading up to season two will be crucial for Jeff Berding, John Harkes and their staff. To replicate the on-field success of last year would be nice, but honestly the Orange & Blue will need to play at a higher level next season. I love that 16 players are on the hook for 2017, but let’s not pencil all the returners in for starting spots next year.

Without a “Designated Player” or many elite players in USL, John Harkes is effectively the face of the franchise across the country. He is the first name you hear when people ask about FCC and is always a hot topic. Harkes will need to show an improvement in his roster building skills and game management in 2017. That is not to say he did a bad or average job in 2016. If he wants to position himself as an elite coach in North America, Harkes needs to win a championship NEXT YEAR.

That is why I believe Harkes and FC Cincinnati are almost tied together in this aspect. FC Cincinnati will rise if we have the guy to take us there. We hope that Carl Linder III and the rest of the ownership will show MLS & Coach Harkes that they are serious about putting together a roster to win. Let Harkes spend more than 2016 and put together an elite roster for the 2017 USL season. It could pay dividends on the field as hopefully convince our front-man to stay with the club through to our MLS future. See some of our stories on possible targets for FC Cincinnati.

FC Cincinnati has been lucky to have well led supporters groups and a strong culture in the short time we have been around. Garber praised these people at the town hall, but offered a point of the size these SG’s will need to be in the future for MLS. Garber mentioned that we must grow our supporters to “5,000 – 10,000 to 20,000” to get to the level of several MLS clubs including Toronto, Portland and Seattle.

This brings up a key point for FC Cincinnati’s growth. How do we get casual 1-2 times a season fans to become season ticket holders or people that show up for special events of this type?

The FC Cincinnati supporter base will need to grow and model a culture that can participate day in and day out. Especially in large special events. Look at Reds Fest this weekend as an example of a distinguishable supporters event. Do all of our fans need to be in a supporters group such as Die Innenstadt, the Pride or others? My answer is no, but we need to develop expectations for these people at games and within the community.

We are headed in the right direction with our season ticket number passing the 7,500 mark, but to show MLS we belong, that number will have to reach 15,000 if we are to even have a chance at staying in Nippert for the next decade. Our SG’s, FO and general fans need to come up with a way to improve upon our culture of support for next season and beyond. Imagine if Nippert can be packed with 35,000 cheering fans, instead of those cheering just in the Bailey or in the Legion. Cincinnati would look great for MLS TV partners and could help move the needle in our favor.

There are many other factors and variables that will go into the success of our club. Don Garber stated that, “Cincinnati deserves an MLS club.” My question to you is, how can you impact the clubs growth and to help force either MLS’ hand or FCC to keep improving?

This will not be decided soon. We have time. The Enquirer editorial board stated that Garber had mentioned nothing before 2020. That is true for numbers 25-28 into MLS, but could we put enough support into next season to where we can be a clear-cut choice as team 24 in the event that Miami is not ready by 2018?

At the end of the day, the clubs supporters, staff, front office, city media and business leaders all made the Queen City look like we belonged on Tuesday. We are led by great people including a great GM/President in Jeff Berding whom not enough things cannot be said about his vision. Success does not have to be in terms of if we make MLS or not. We have a great club now and need to focus on growing.

I am here so I can help create something bigger than myself. How cool would it be if we could tell our kids that we were there when FC Cincinnati was started. What did we do to help the club sustain its long term future. We cannot take FC Cincinnati for granted as well. Look at the example of what is going on with several NASL clubs right now. Several of their Division I/MLS dreams have been dashed and their supporters have stopped coming out.

MLS would be great. How awesome would it be to have Michael Bradley, Jozy Altidore or David Villa come to Cincinnati? But, we have to remember that we are here for our club and if we are blessed to one day get to MLS, we will be thankful, but for now we must continue to work of being there day in and day out for FCC.