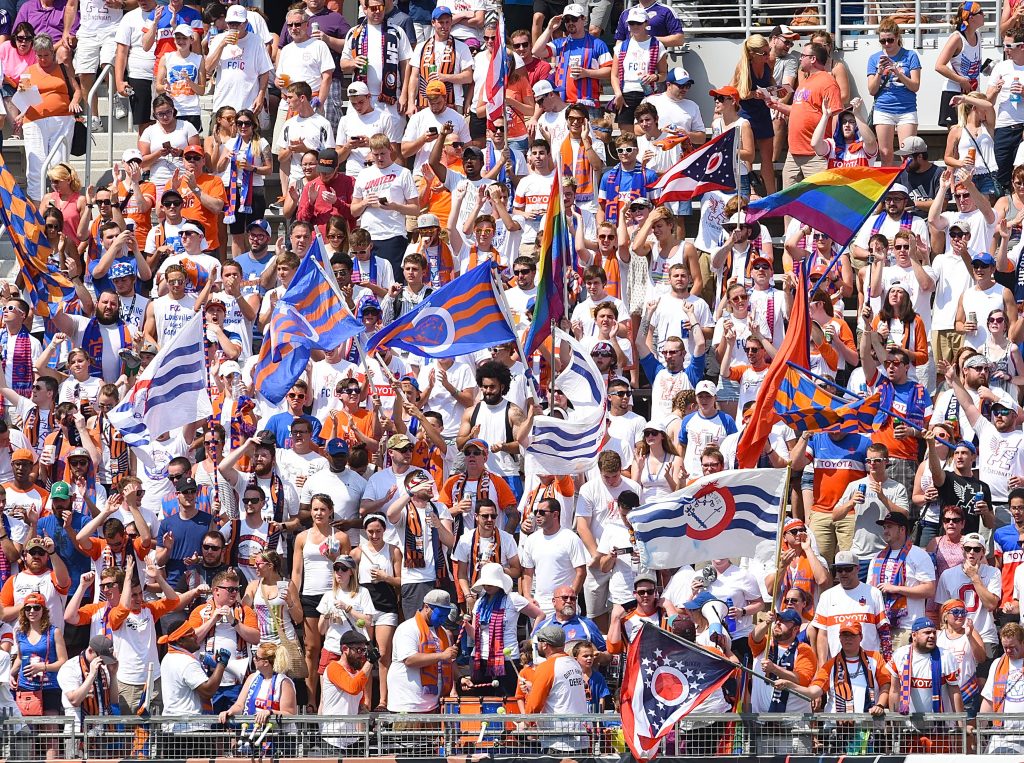 On Monday afternoon, Cincinnati Enquirer’s Sharon Coolidge reported that MLS Commissioner Don Garber will be visiting Cincinnati in November. You can read the breaking story HERE, but we wanted to detail further on how FC Cincinnati could join MLS and what fans can do to help the cause.

In the Enquirer story, Coolidge reports that Commissioner Garber will visit the Queen City on Tuesday, November 29th and will meet with Mayor John Cranley. The Enquirer also interviewed FC Cincinnati GM & President Jeff Berding who stated that Mr. Garber will also have a public event that day where Garber will answer questions from the general public. No details have been presented yet, but make sure to keep your day open!

Garber was recently quoted in a Forbes article about the attractiveness of the league and limiting expansion to 28 teams  “Now there are many more cities and many more investors than we have available opportunities. And that allows us to be very careful and strategic in how we manage what could be the final round of expansion for Major League Soccer.”

With Atlanta United and the Minnesota United coming on in 2017 and Los Angeles FC in 2018, MLS will have grown to 23 teams. A Miami team under the ownership of David Beckham could lead to a 24th team leaving a potential 4 spots left. Cities such as St. Louis, Detroit and current USL member Sacramento have been heavily rumored to be cities 25-27 potentially leaving 1 spot up for grabs. There have been rumors as well of expansion to 32, but based on Garber’s most recent comment, I am viewing 28 as the only possibility for writing purposes.

It looks like FC Cincinnati is attempting to make a mark as team 28, but they will need to differentiate themselves from other aspiring cities such as San Antonio, Austin, San Diego and more.

The first step in that process is the arrival of Garber in Ohio.

On April 14th, 2016 Sacramento Republic FC hosted Garber on an official visit similar to what FC Cincinnati will be doing. Garber met with fans at a block party and was impressed by the over 1,000 fans in attendance. Die Innenstadt and The Pride along with a host of FC Cincinnati fans will have to surpass this to continue to impress the subdued Garber.

Garber has been hesitant to list Cincinnati as a potential MLS town, but has recently dropped the Queen City’s name in expansion reports. At one of his most recent public appearances on September 14th, Garber mentioned expansion cities, “you see markets like Austin and San Antonio and San Diego and St. Louis and Sacramento and Las Vegas and Cincinnati, these are big cities that have fans that already are engaged with the sport on some level professionally.”

Will Garber weigh our current fan base vs. several of the other expansion cities mentioned? I don’t know that I can answer that, but the one thing I do know is that it stresses the importance of packing Nippert this Sunday. The previous record for a playoff match in the USL was at the 2013 championship game where 20,886 fans packed the Citrus Bowl for Orlando vs. Charlotte.

FC Cincinnati has already sold 15,000 tickets, so make sure to invite everyone you know to take more doubt out of the commissioners head.

The main apprehension for MLS expansion to Cincinnati from most MLS pundits is the lack of a dedicated soccer specific stadium. The tour with John Cranley could be a big part in showing the commissioner that there is space and an easy way (CB Connector) for fans to experience FCC.

This also leaves time for FC Cincinnati to make arrangements for new potential practice venues or even better, a stadium site. Nippert is a wonderful venue and one that should give FC Cincinnati a leg up for a couple seasons going into a potential MLS arrangement, but a SSS (Soccer Specific Stadium) will need to be the permanent solution in my opinion.

Not to minimize the previous Nippert renovations and the upcoming playing surface enlargement, I feel that MLS values the need to have a team owned and operated SSS with preferred schedule options. UC has been a wonderful partner, but regardless of our affinity for Clifton and Nippert, the outside view may look at that situation in a negative light.

There have been several fan articles on the FC Cincinnati Reddit page and I encourage you to check them out.

At the end of the day, FC Cincinnati becoming an MLS club will affect us fans in ways different from our current USL experience. It will hit us directly in the pocket books. For example, season ticket holeders in the Bailey pay on average $7 per game with our STH discount. Fans at other MLS clubs pay upwards of $20 per ticket ($308 in Cbus). That is almost triple the current cost of tickets.

FC Cincinnati fans may also encounter less access to the club. FC Cincinnati has gone above and beyond to reach out into the community including our CST FootGolf Classic. I don’t imaging that the level of access to players will increase and FC Cincinnati will have to compensate in other ways such as added fan events that could please the fan base.

For the sake of brevity I wanted to keep these topics simple. Let’s be honest, they are not as easy or limited to what I listed. If our city wants to become an MLS city, we the fans will need to continue to show up. It cannot be a one year proposition for Cincinnati.

FC Cincinnati fans will need to #RiseTogether if we want any chance of getting an MLS franchise in Cincinnati. Contrary to what some people say, FC Cincinnati is already a “Major League” organization.

The staff, the team, the coaches and all our supporters have set new marks for soccer in the United States and Cincinnatians will need to continue or surpass our current trajectory to achieve MLS as a goal. If that is what we even want.