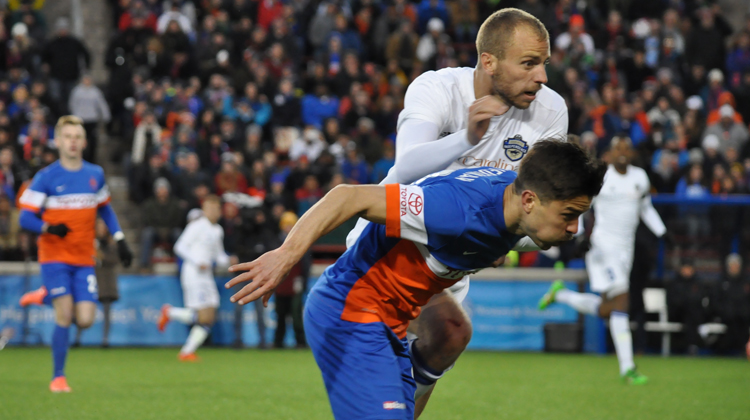 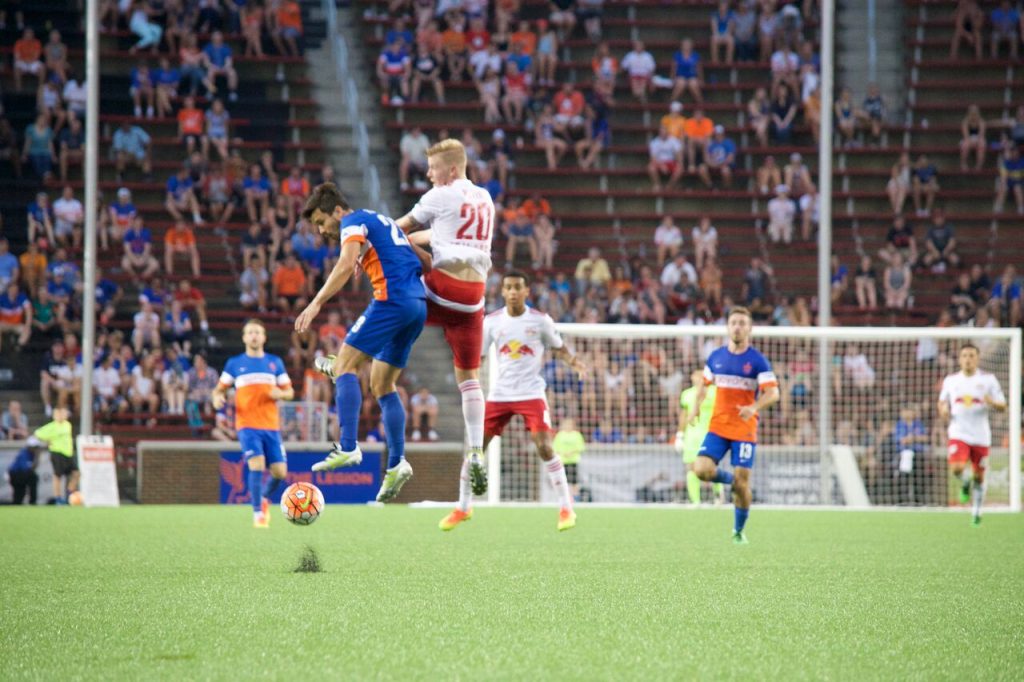 FC Cincinnati travels to Harrison NJ for a match up between 2 of the Eastern Conference’s 3 best teams. Check out how the staff views FCC’s chances this weekend.

he Baby Bulls have shown that they are the most complete team in the USL. 46 goals for and 18 goals against make them the highest scoring team and also the stingiest defense in the east. This will no doubt be one of the most challenging games of the season for Cincinnati. With the FCC offense a little quiet lately, Cummings probably out on injury, and an away game against a tough dangerous opponent, I have to believe that we’ll come out in a strong defensive posture. I’d expect we’ll revert to the 4-5-1 formation we saw earlier in the season. We’ll try to get balls into Okoli and hope his speed and strength will earn us a goal. I’d love to see us earn 3 points, but I think it will be a stretch. I’m predicting a scoreless draw of 0-0.

First and foremost, losing this match will likely end whatever hope FC Cincinnati has at the top spot in the Eastern Conference. New York is not as bulletproof as many seem to claim, at least for our boys in blorange. While the Baby Bulls have been on a fiery hot streak as of late many forget FCC held their own against NY a little more than a month ago (before blowing it by allowing 2 goals beyond the 80th minute). On paper NYRBII may have the best team in the USL, but if FC Cincy can bounce back from the likely loss of Omar Cummings I think they pull out a 2-1 outcome in favor of the Cincinnati Soccer Ball Kicking Good Guys. Call it a gut feeling.

It’s time to rally from Wednesday and come out with some passion. Harkes and his squad will have to face some fans in Harrison as this match is part of a NYRB double header. Look for both teams to go all out early on and I pick a 2-1 win for FC Cincinnati.

I fear for the boys a bit this Sunday. The Baby Bulls are the class team in the USL so far this season. They are outstanding on both sides of the ball and their record and statistics are daunting. Our team will want to show well for coach Harkes in his return home to New Jersey. They will get a goal, but it won’t be enough and the Red Bulls will win 2-1.

Wednesday night was a tough night for the Orange & Blue and unfortunately Sunday things won’t get any easier. Sean Okoli will return to the lineup but the status of Omar Cummings is uncertain. New York Red Bulls II is stocked with talent on both sides of the ball and now it’s time to see how the formation changes Coach Harkes has experimented with will stack up against the best. I think it’s safe say we need to put the 3-5-2 on the shelf and I’d prefer to go something that will at least pick up an away point for us. The 4-2-3-1 might be the best route to give the back line enough support with an extra defensive midfielder. We have enough skill that it might be enough to hold NYRB2 to 1 goal. It will then be incumbent of FCC to pick off a goal via a set piece. Until I see that we can reliably punch in goals in the run of play I’m going to have to think our boys will end up on the wrong side of things. Be kind to me FCC fans because unfortunately I’m picking a 1-0 loss for the Orange & Blue.

Now that FC Cincinnati has clinched a playoff spot, it’s time to focus on seeding. A win today over the Baby Bulls can help their chances towards homefield advantage. There’s a reason NYRB2 is tops in the east though. FC Cincinnati gets hard earned 1-1 draw today.

TV: This contest is set for a 5:30pm Eastern Time kickoff on Sunday. The match will be broadcast at FC Cincinnati’s pub partners or or by Streaming internet on USL’s Youtube station.