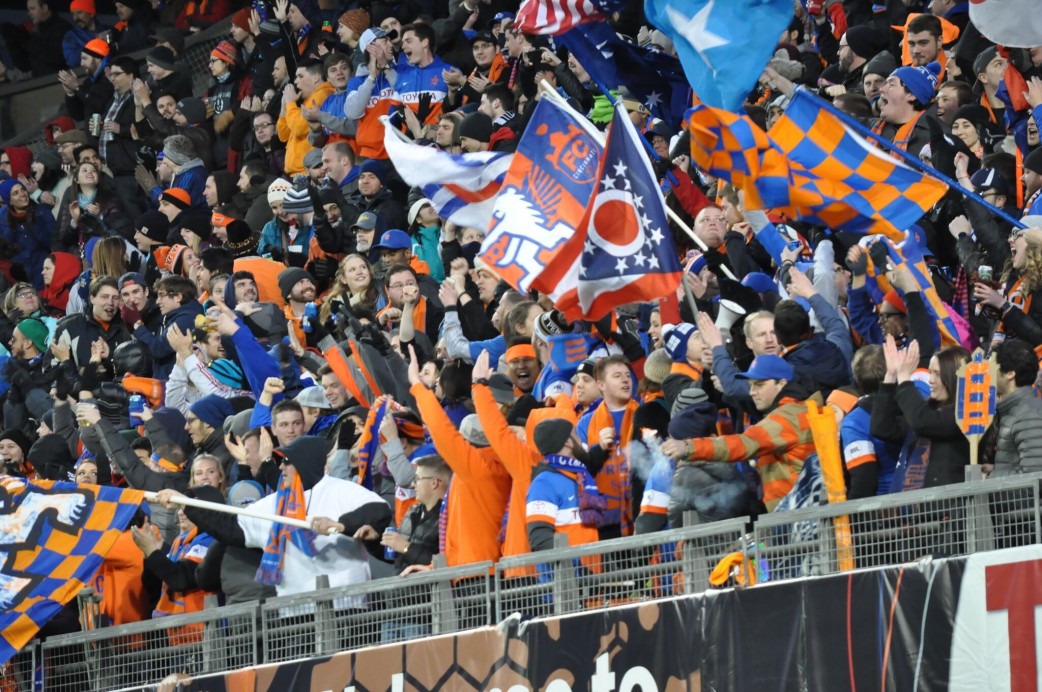 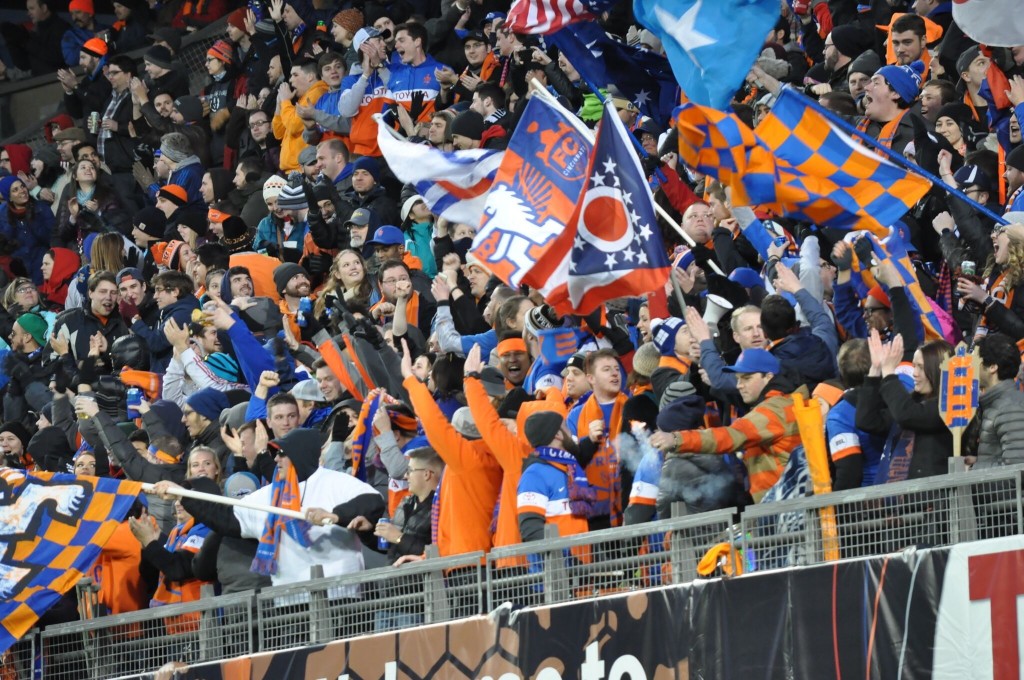 The Bailey cheers after FC Cincinnati Captain Austin Berry puts the club up 2-0.

No one knew quite what to expect during FCC’s home opener when the season started. The total stadium attendance exceeded 14,500, but there was more to the fan experience than that. The team’s presence was apparent at various pubs around the city. There were two factors that made me believe that this was the perfect match for a fan attending their first FCC match, or maybe their first professional soccer match. The first was the presence of fans in the surrounding areas of Clifton and entering the stadium. The second factor was specific aspects of the play on the field beyond winning the match.

The major supporters groups Die Innenstadt and The Pride made their presence known at the city’s pubs for FC Cincinnati’s first two matches, which were away from home. The question mark was largely around how the other sections of the stadium would fill in. They did not disappoint. Nearly every section of the stadium was packed. The heart of the fan presence was in the Bailey. They came from the streets of Calhoun and McMillan and marched into Nippert making their presence know even before the match started. Kids around the stadium were chanting “FCC” and even though some were still learning their alphabets, they knew those letters. People new to the club saw something that they haven’t seen or possibly even expected and that plants the seed of fandom in their hearts.

The Calhoun to McMillan area in Clifton was filled with FC Cincinnati fans. It seemed every block was full of supporters. Every bar and restaurant had FCC fans waiting behind you or in front of you in line. It felt like the atmosphere surrounding a college campus before athletic competitions. People were united for a common cause as early as 5:30 or 6PM. There wasn’t a restaurant or bar in Clifton without the support of FC Cincinnati fans. That general support will draw fans back to this stadium time and time again.

The play on the field drew in fans just as much as the atmosphere in Clifton. The team outplayed their opponents in most aspects of the game, but largely the impact was made with the goals that were scored. Sean Okoli put together a stunning early scissor-kick goal that had the flair and excitement that would be recognized to someone without knowledge of the sport as a whole. It was sensational enough to snag the fourth spot on SportsCenter’s top ten plays that night.

And here it is. @AskAboutUgo & @fccincinnati land on #SCTop10 in first ever pro soccer match at Nippert. pic.twitter.com/lsiOwhHd9K

Perhaps the most important factor to a new fan was the Austin Berry goal. When this team began Austin Berry was the first player announced and was largely expected to be the face of this franchise. Saturday night, the Summit Country Day High School graduate with MLS experience was finally playing in front of his home town. In the 52nd minute, Berry intercepted a Charlotte pass which ultimately made its way to the left wing and Jimmy McLaughlin. McLaughlin made a sharp cut to the right and whipped the ball into the box where it met the head of a diving Berry for the game winning goal. At that point, the entire stadium saw the first player signed in FC Cincinnati’s history connect for a goal. This was an even more impressive feat as Berry had made his way to the attacking third from the center back position. Newer fans saw one of the players they may have identified with score and if they were in the Bailey they had a great view of it. 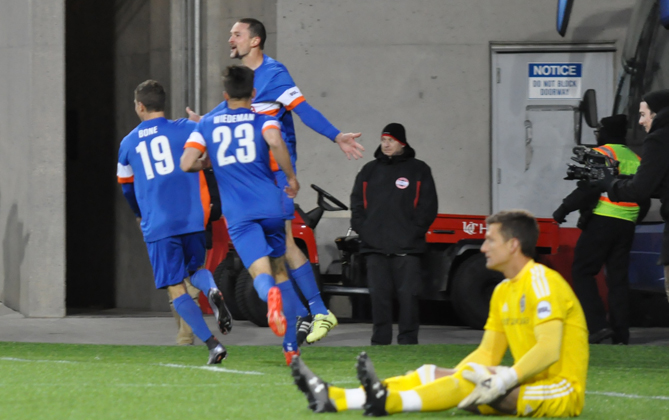 No matter where you may be sitting in the stadium, the presence of FC Cincinnati fans will continue to contribute to the growth of soccer in this city. Young and old, fans have had their whistles wet with the excitement that this club can bring to Cincinnati. With a stadium attendance that exceeded expectations as well as a strong victory in the inaugural home opener, I expect this to continue. Next week FC Cincinnati will face their rivals from Louisville. The fan presence should carry over into this match, as there are points and pride at stake for the club. Momentum will hopefully carry on throughout the season, but it was great to see some new fans of the sport develop on Saturday night.