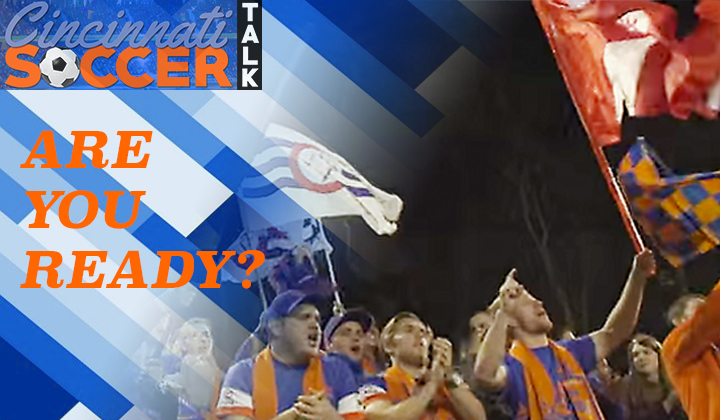 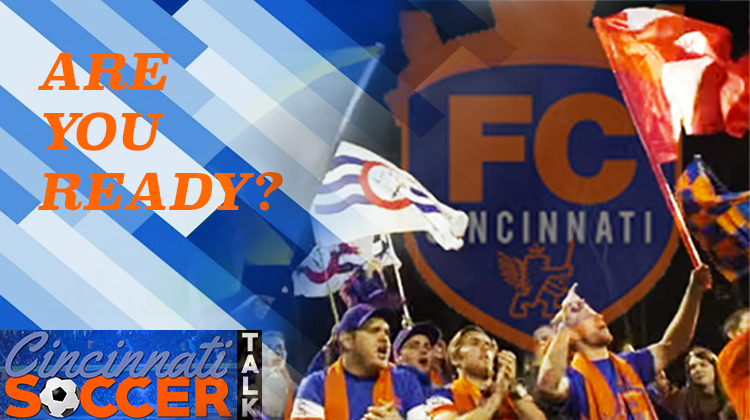 In 4 short days, on Saturday March 26th at 7:30pm, FC Cincinnati will embark upon its first season as a professional franchise. Soccer fans across the city are preparing to support Cincinnati’s newest team in a variety of different ways. What should you be doing to prepare?

First and foremost, buy some tickets. Based on the last report, the team had sold over 4,200 season tickets, second most of all USL franchises. The club is making a push to increase that number before the first home match on April 9th. The home opener will certainly be accompanied by a host of festivities and fanfare making it a must see event. We at Cincinnati Soccer Talk demand that you be a part of it! Tickets are available on the FCC site or at 513-977-KICK. According the Cincinnati Business Courier, they are also making a marketing push around Nippert’s higher end seating options, including mini-suites, private suites, party suites and even a party deck that can hold up to 80 people! My wife now has an email in her inbox with a great location suggestion for my next birthday party.

Second, pick a supporters group. If you want to count yourself among the clubs most ardent supporters you’ll need to join forces with one of several recently established supporters groups. The three most active supporters groups to date have been the Den, Die Innenstadt, and the Pride (in alphabetical order, of course). These groups have been busy making preparations for the season and are actively looking for new members to aide their efforts. They typically ask for a small membership fee in the neighborhood of $20 to help fund their activities and offer something in exchange.  For example, the Pride just starting distributing custom scarves that are included in the price of membership.

On March 10th, Die Innenstadt, the supporters groups whose name translates as “the inner city” from German, combined forces with the Pride to create tifos for the first matches.  Tifos are coordinated displays of support for a team produced by supporters groups and often take the form of large custom banners or coordinated colored tiles typically displayed at the beginning of a match.  Below is a picture of some of the artwork in progress. 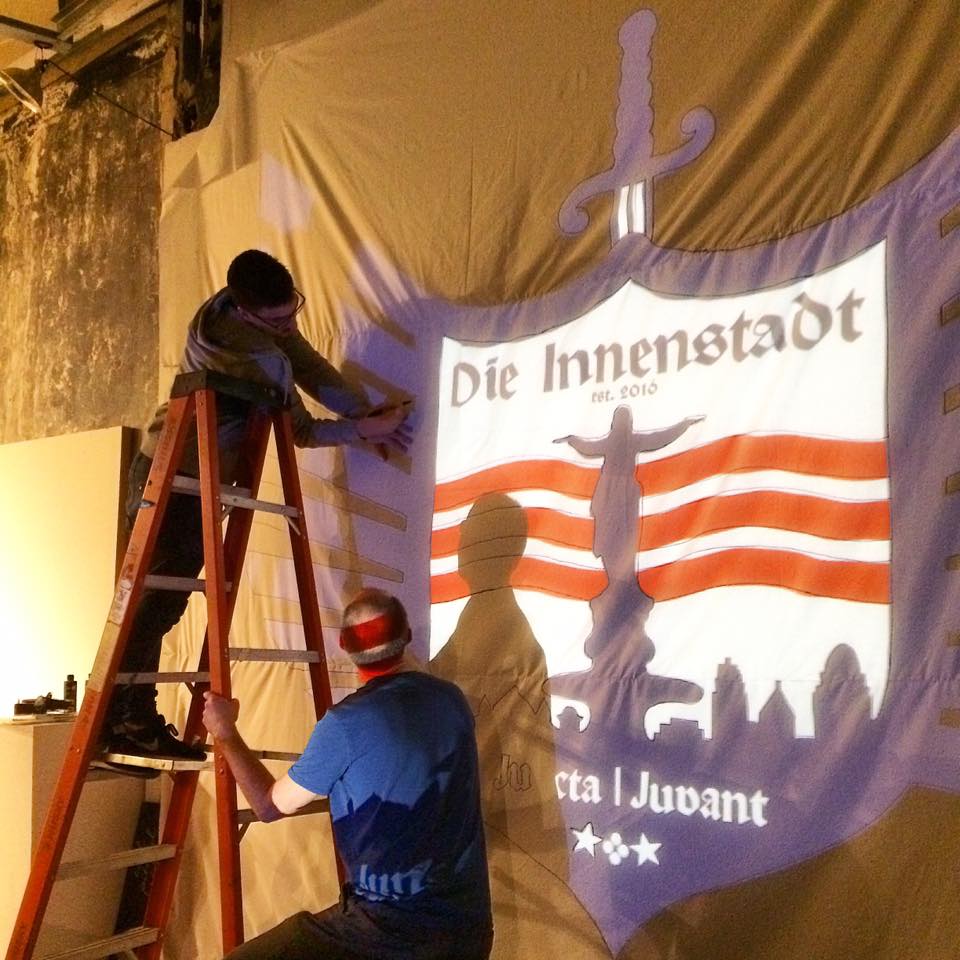 The Den is in the process of developing plans for the first set of matches and we will keep you apprised of their efforts as more details become available.

Roadtrip?  Yes please.  The Pride and Die Innenstadt (nice teamwork guys) are also coordinating to send a group to Charleston, South Carolina this weekend for FC Cincinnati’s first match against the Charleston Battery. The group will carpool down on Friday afternoon, stopping in Asheville, NC for the evening. They will finish the drive to Charleston on Saturday morning. The match is Saturday at 7:30pm and after representing FC Cincinnati there they will hit the city.  They will return home to Cincinnati on Sunday morning.  The are actively looking for more fans to join the trip so contact dieinnenstadt@gmail.com or thepridecincy@gmailcom if you are interested and get down there!

Third, pick a pub. FC Cincinnati has partnered with several local pubs partners that will show all of their matches live. These venues include Listerman’s Brewery in Norwood, Rhinehaus and Rhinegeist in OTR, Molly Malone’s in Covington, Brass Tap and Taste of Belgium in Clifton, and several others. These venues will be critical pre-match locations, but will also be a place to gather with like minded supporters to create a great atmosphere for away matches.

The supporters groups have also created pub allegiances, which will serve as the hub of many of their activities. The Pride will meet 3 hours before each home match at The Brass Tap in Clifton. Die Innenstadt will set up shop at Rhinegeist in OTR for home matches, also congregating 3 hours before kickoff. Prior to game time, both groups will march from their respective pub locations to the match showing their colors, waving flags and singing songs in support of their new favorite club.

The supporters groups’ pub plans for away matches are a different story. The Pride plans to take over the top floor of Molly Malone’s in Covington for away matches. Die Innenstadt recently announced that it will be watching all of the FC Cincinnati away matches at Rhinehaus in OTR. Many pubs are also offering discounts for supporters group members. Finding a pub stool where the atmosphere and beer selection match your taste on game day is a must.

Looking for a kid-friendly fan experience? Visit University of Cincinnati’s Sheakley lawn adjascent to Nippert Stadium on match day.  Sheakley lawn will host FC Cincinnati’s youth zone, an area specifically designed to “attract youth players to hang out” in a fun environment geared toward their age.

Finally, set up your stream. FC Cincinnati does not yet have a TV contract to televise matches. The club’s GM, Jeff Berding, reports that they are hard at work on a deal but it is not in place yet. In lieu of televised matches, FC Cincinnati fans will turn to streaming internet to watch the team’s away matches. All USL regular season and playoff games will be streamed live on Youtube. Access is free but you are required to subscribe at no cost to the USL Youtube channel where the games will be broadcast. The USL youtube channel can be found here. Don’t wait until this Saturday night to subscribe and figure out how to project your streaming internet to the preferred screen in your house (I recommend Apple Airplay). You probably won’t be able to make it to Nippert or a pub for every match, so get your technology sorted out in advance so you don’t miss any of the action.

One more thing. There’s still time to get to an exhibition match. There will be one more opportunity to see the team play for free prior to the home opener on April 9th. FC Cincinnati will take on the Dayton fliers at Nippert Stadium for a free, open to the public exhibition match on April 5th at 8pm.  You don’t want to be the person flipping through the match program at the home opener on April 9th wondering who just scored. The Nippert match against UD is a great opportunity to get to know the team and get comfortable in the venue that will make FC Cincinnati great in 2016.

There’s only one first home match and one first away match. Make sure you don’t miss the opportunity to be a part of it.