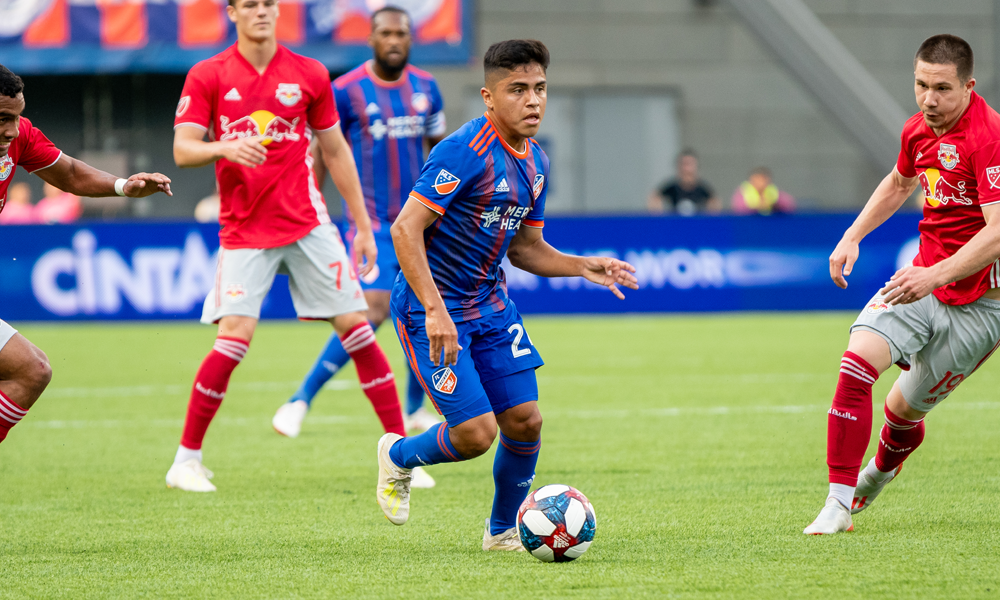 On Friday morning, Pat Brennan of the Cincinnati Enquirer reports that the midfielder is being traded to the New York Red Bulls.

It appears that the Frankie Amaya trade saga is finally over. On Friday morning, Pat Brennan of the Cincinnati Enquirer reports that the midfielder is being traded to the New York Red Bulls.

Subsequent reports by Laurel Pfahler of Queen City Press confirmed the move with Tom Bogert of MLSSoccer.com and Jeff Carlisle of ESPN stating that FC Cincinnati will receive approx. $1,000,000 in General Allocation Money (GAM) should incentives be reached.

The California native has had a tumultuous offseason when reports of trade offers for Amaya leaked in January followed by a trade demand in February. Reports said that offers for Amaya topped $1,000,000 in GAM with a potential increase in wage for the starlet.

Amaya experienced further disappointment, failing to qualify for the U-23 US Olympic Qualifying team and appearing to have fitness issues when returning to preseason camp with FC Cincinnati. His trade value appeared to dimish following these hardships when earlier this week the Athletic reported that FCC was filing tampering charges against the Philadelphia Union and NYRB. It is unknown if these charges will be dropped now with Amaya headed to New York.

The #1 overall pick in the 2019 MLS SuperDraft was a fan favorite over the past two seasons. Amaya featured in 43 matches for the Orange & Blue and was one of few bright spot in the organization. Earlier this offseason the club was committed to growing around Frankie, adding attractive pieces including DPs Brenner and Lucho Acosta.

This scenario seemed inevitable after the demand from the young player. Amaya’s Generation Adidas contract was valuable to Cincinnati this season as his contract was off the books. Any improvement in terms for 2021 seemed unlikely which plausibly played a part in his desire to depart the Queen City.

While this situation has been unfortunate for Cincinnati, $1,000,000 GAM for a relatively unproven player is quite the haul. This deal approaches the level for Columbus Crew SC’s deal for Darlington Nagbe ($1,050,000 + International Spot). You could make an argument that this is a great deal with all things considered.

This story will be updated with additional information.