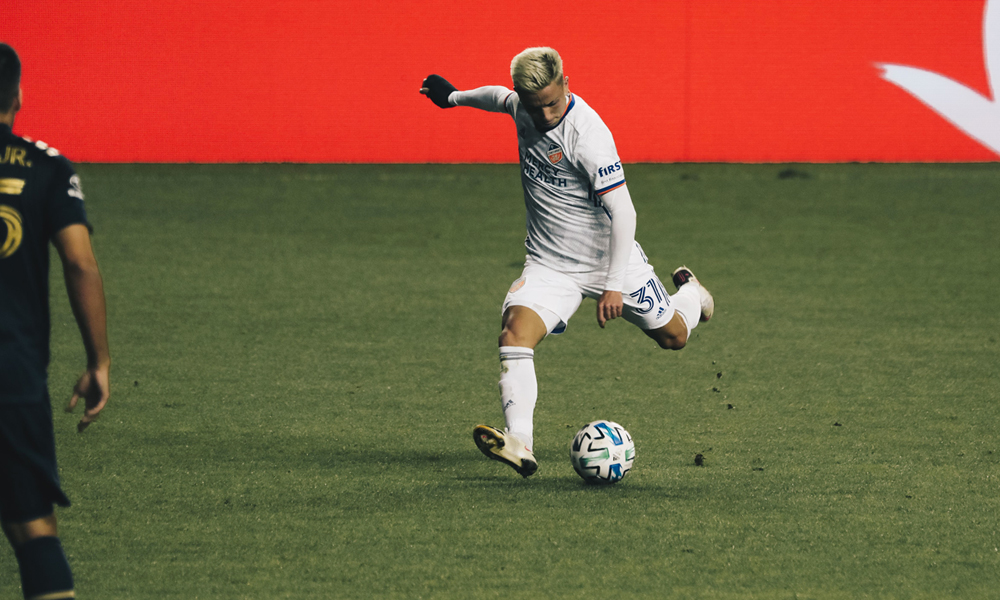 After a scoreless first half, FC Cincinnati once again found themselves on the wrong side of the score sheet as they fell to the Philadelphia Union Wednesday night.

Despite holding their opponents at bay for nearly an hour, a second-half collapse saw an injury-depleted FC Cincinnati fall 3-0 at the Philadelphia Union on Wednesday night.

It was Philadelphia substitute Ilsinho who dashed the hopes of Cincinnati adding to their league-high seven clean sheets when his volley from a failed clearance deflected off of defender Maikel van der Werff in the 59th minute. Veteran Union captain Alejandro Bedoya would add a second in the 73rd, while another substitute, defender Jack Elliott, would put the game on ice with a headed goal ten minutes from time.

That frustration, of course, was understandable.

Stam had just witnessed his side fail to get on the scoresheet in a fourth consecutive match, and the tenth time since he took charge of the team. While the Union (9-3-4, 31 pts) had outshot his Orange and Blue 18 to 11, it’s not unreasonable to think that his side should have been able to capitalize at least once on their 57.1 to 42.9 possession advantage.

And the chances were there again for FCC. Joseph-Claude Gyau remained their most persistent threat and forced two respectable saves out of Philadelphia’s Andre Blake, one in each half. Jürgen Locadia still has just one goal in twelve appearances, but he put Blake to work, too. And then there was a wide-open chance for Yuya Kubo in the 70th-minute, but he put his effort over the bar.

And as a result, Cincinnati (3-9-4, 13 pts) have now gone 365 minutes without scoring a goal. Which is, mind you, still not the longest they’ve been shut out this season.

“We need to reward ourselves more,” Stam continued. “And seeing these score lines — in Minnesota and today again — where you’re the better in possession, and the better team in play going forward, but you’re still losing? It makes it very disappointing.”

Making matters worse for Cincinnati, the loss went well beyond the scoresheet.

Already injury stung, Stam will likely also be without the services of Greg Garza and Locadia in the near future. Both appeared to pick up a recurrence of previous hamstring injuries, with Garza limping off half an hour in and Locadia needing assistance to leave the pitch in the second half. It remains unclear whether either will be able to take part in the team’s next match on Sunday.

However, if there was a silver lining in the evening, it came in a pair of Major League Soccer debuts. Zico Bailey came on to log a decent 60 minutes as he was pressed into action by Garza’s injury. And in the second half, the club’s latest signing, 20-year-old Argentine starlet Álvaro Barreal also made his first appearance since arriving last month.

Next up:
7:30 p.m. Sunday vs Toronto FC, Nippert Stadium, Cincinnati