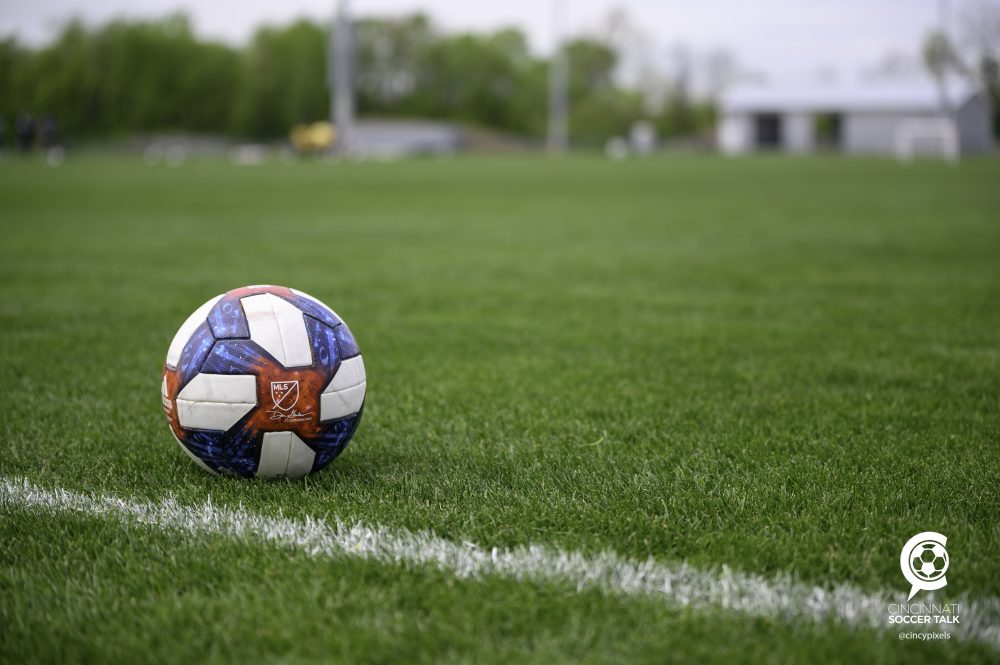 Change can be good, at least that is what FC Cincinnati is hoping. After the club changed managers midseason, the team responded in a positive manner, defeating the Montreal Impact 2-1. FC Cincinnati increased their projected points total to 32 points, up from 28 last week. They are still projected 11th, but the Columbus Crew are only four points away. One team the model is starting to notice is Atlanta United. It is not the pretty soccer team of last year, but from a defensive standpoint, they are No. 2 overall. The Five Stripes have climbed their way into the second tier of teams. 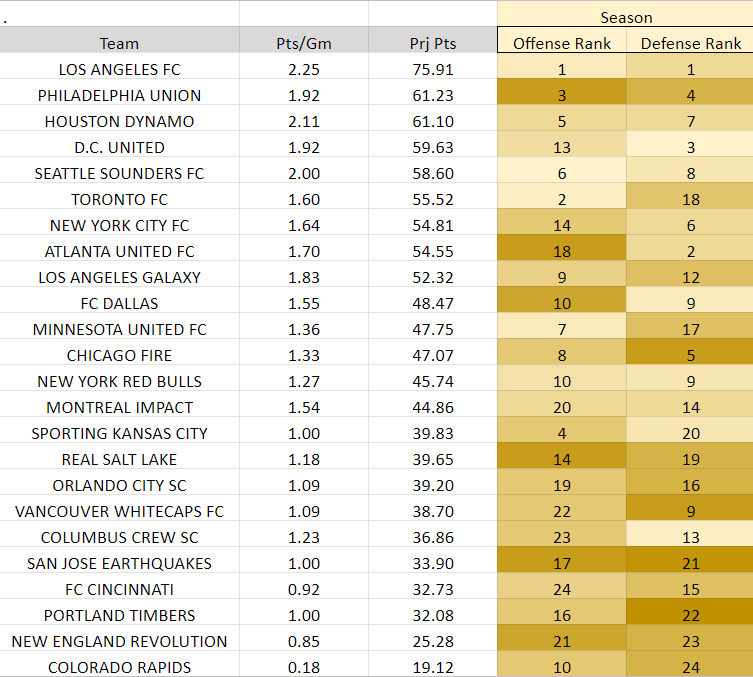 Some of the big changes this week:
FC Cincinnati with the biggest increase improving 4 pts to 32.7 pts.
New England also had a good week as well, gaining 3.9 pts.
Columbus and Dallas both had decreases in over 5.5 pts from the prior week.
Is Sporting Kansas City in trouble?

Last week the formula correctly predicted six wins but missed on the remaining 11 games. This is about par for guessing — 33% — but not as well as I would have anticipated. The fact there was a large number of teams playing twice in the week contributes to the difficulties in prediction. But that should even out when the weekend games had two teams that had already played once. Note: Things the formula cannot take into consideration are injuries, weather, fatigue and international duty. It is based solely on a team’s offensive and defensive efficiency when compared to the league’s average offensive and defensive efficiency. 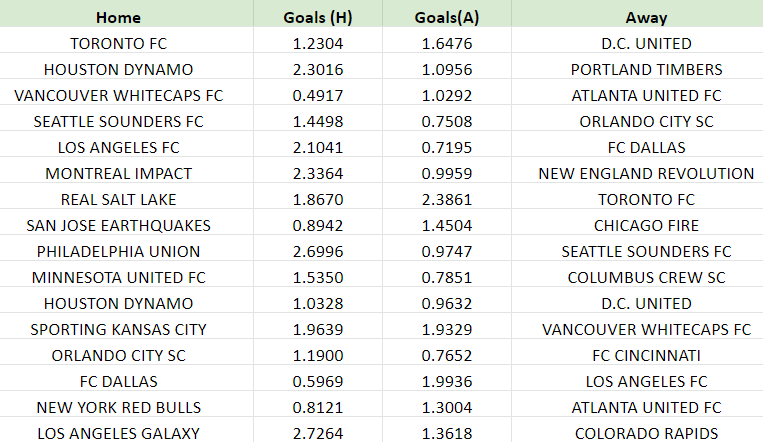 For FC Cincinnati’s game versus the Montreal Impact, below are the score lines broken down by percentages. Reminder, this is based on teams playing at full strength and under ideal conditions.