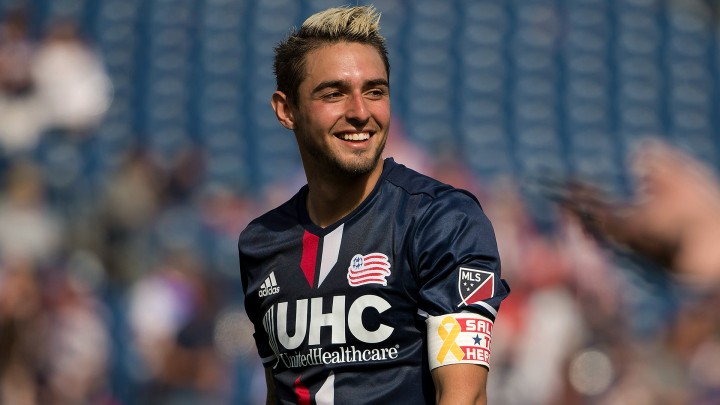 Following Tuesday evening’s MLS Expansion Draft for Austin FC, the Free Agency period will open Wednesday with the largest class ever available. Here’s a look at some players that could be on FC Cincinnati’s radar.

Following Tuesday’s MLS Expansion Draft for Austin FC, the Free Agency period will open on Wednesday, December 16 at 1 p.m. with the largest class ever available. This is due to the criteria for free agency expanding following changes to the new collective bargaining agreement that includes players who are 24 or older and have five years of service in MLS. This lowers the age and length of service from the previous CBA, in which players aged 28 with eight years of service were eligible.

You can find the list of eligible players for Free Agency here.

With the expansion of Free Agency this offseason, FC Cincinnati general manager Gerard Nijkamp could be actively looking to fill slots in his roster. Looking at Cincinnati Soccer Talk’s Roster Tracker, FC Cincinnati has four senior spots available. Pending the No. 10 designated player Nijkamp has said the club is seeking and potential Re-Entry and Waiver Draft picks, FC Cincinnati likely has one or two Senior roster spots available to bring in a free agent.

Here are some players we could likely see signed this window.

It’s hard to believe that Fagundez will begin his 11th season in MLS at the ripe old age of 25. Yes, you read that right, 25! He’s amassed 53 goals in 261 regular-season appearances and comes in a team-friendly $250,000 cap hit. This move makes a lot of sense as he can play both left-wing and attacking midfield, both spots the club is looking to improve. Will he start right off the bat? No. But right now FC Cincinnati needs to improve its talent but has six to seven international spots spoken for. If they add in the DP #10 and possibly an international center back, they are out of spots. Fagundez could help pitch in as the back up attacking midfielder and fight for a starting spot with Yuya Kubo, Alvaro Barreal, Joseph-Claude Gyau, and possibly Franko Kovacevic on the wing. I know a lot of FC Cincinnati fans would like a splashy signing at this position, but at his cost and saving of an international spot, Nijkamp has to give this a look.

With Greg Vanney out the door in Toronto, Justin Morrow could be looking for a new team to ply his trade. Undoubtedly, Morrow will be highly sought after as one of the league’s best left-backs. He has the pace to get up and down the field and the intelligence to stay in the proper position to not expose the backline. A big caveat is an uncertainty surrounding Andrew Gutman’s situation with Celtic. Nijkamp could go out and grab a starting left-back and league veteran to help the team and potentially wrap up Gutman’s situation down the road or grab another player to round off depth at the position.

If FC Cincinnati feels comfortable about having Gutman back in Orange & Blue next season, it could look up Interstate 71 for a player to add some depth on the backline. His star has fallen since his all-star season in 2015, but he has proven to be a reliable spot starter for the Crew. At $200,000, his cap hit is $100,000 below what the club paid Greg Garza, so it would likely allow more space to spread throughout the roster. The Costa Rican international has his green card as well, freeing up FC Cincinnati to use its international spots elsewhere.

Creavalle could be an off the radar depth signing for FC Cincinnati. He can play defensive midfield and both full-back positions and is supposedly an all-world human being. On a team that will have some ups and downs again in 2021, a veteran like Creavalle could help lead the team and not be an off the field or locker room distraction. At $200,000 he is still relatively cheap to fill out the back of the roster.

Who might FC Cincinnati take in the Waiver Draft