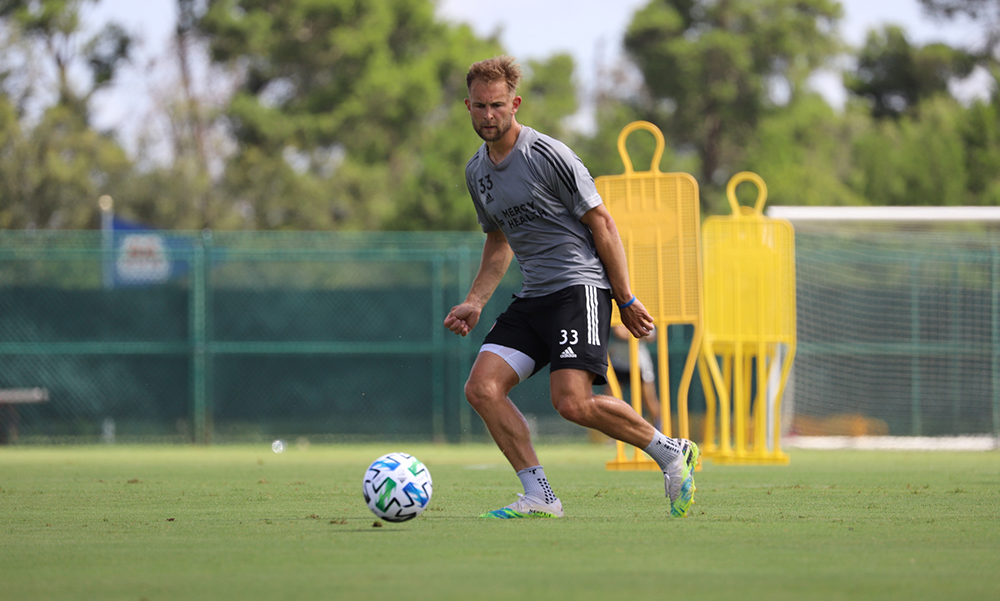 FC Cincinnati began training Tuesday in Orlando, Florida, in preparation for the MLS is Back Tournament.

After arriving in Orlando, Florida, on Monday for the MLS is Back Tournament, FC Cincinnati conducted its first training session in the sunshine state on Tuesday. FCC has less than two weeks left to prepare for its first match in the tournament as it takes on Columbus Crew SC on July 11 at 10:30 p.m. The MLS is Back Tournament not only provides FC Cincinnati fans with the opportunity to watch the club back in action for the first time in more than four months but also the chance to see new players, such as Siem de Jong, in action while wearing the Orange and Blue.

One of the immediate challenges facing FC Cincinnati during training is adapting to the heat and humidity found in Orlando during the summer. According to accuweather.com, Orlando recorded a high temperature of 94 degrees on Tuesday, with the humidity making it feel close to 105 degrees. With the extended forecast showing nothing but high temperatures of 90 degrees or above, it is crucial that players adapt to the central Florida environment.

“We need to figure out our body and our mind to adapt to this weather,” defender Mathieu Deplagne said Tuesday in a team-provided interview. “It is not easy, but step-by-step we are going to find this rhythm.”

Despite the heat and humidity, FC Cincinnati coach Jaap Stam believes that the players had another good training session, building off what the team had practiced while in Cincinnati.

“The training session went well. Of course we need to get used to this, but the guys worked hard again and put a lot of effort into it,” Stam said in the club-provided interview. “The first day was very positive I think.”

Goalkeeper Przemyslaw Tyton is also maintaining a positive attitude moving closer to the beginning of the MLS is Back Tournament.

“We are going to compete,” Tyton said. “Coach Stam is a straight coach. He has his vision, and he explains well what he wants and expects from the players, so it is quite easy for us to understand.”