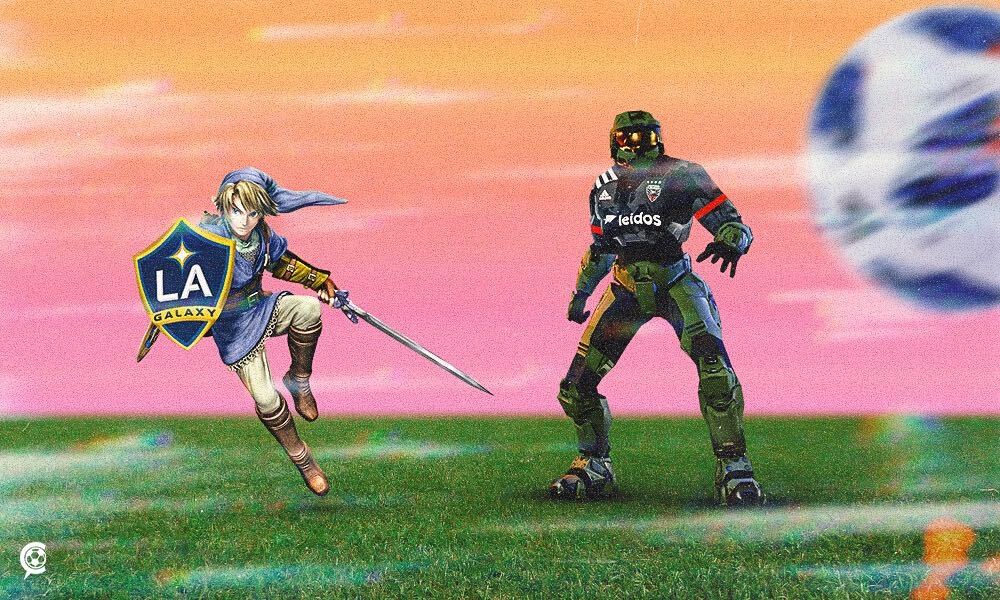 Have you ever wondered what your favorite MLS franchise would be as a video game franchise? Well, wonder no longer. Jacob Clary examines which game each team would be.

One thing I love more than soccer is video games, and it seems only right to combine two of my favorite activities into this article, which will designate each MLS team as a video game franchise.

All photos of MLS logos from MLS’ Media Resources here. 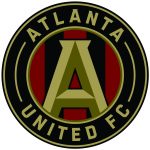 Atlanta United is one of the newest MLS teams, but it is already one of the most successful franchises in the league thanks to the financial backing of the ownership and great coaching hires.

The Red Dead franchise has a weird and experimental first game and two masterpieces.

Photo from the Final Fantasy Wiki.

The Chicago Fire were one of the first MLS teams, winning the league in 1998 alongside four U.S. Open Cups. They were fairly successful in their early years but have struggled of late.

Final Fantasy’s best games, Final Fantasy VI and VII, are years removed, and it has struggled to create great games in the last few years.

The Colorado Rapids were also one of the first teams to enter Major League Soccer and one of the worst teams in the Western Conference. The team won MLS Cup in 2010.

The Mario Party series is considered a franchise both terrible and interesting by consistently ruining friendships, and even the good games have weird aspects to them. 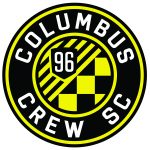 The Columbus Crew have been a franchise that is very inconsistent, going from the Conference finals to not qualifying for the playoffs at all.

The Sonic the Hedgehog franchise is wildly inconsistent. You can use a dartboard to decide whether the game is good or not, with a garbage game like Sonic and the Black Knights being followed by a good game like Sonic Colors. 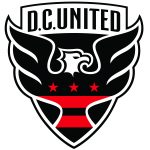 D.C. United was one of the most successful franchises in the heyday of MLS — winning four titles in the first nine years of the league — but hasn’t been amazing lately.

The Halo franchises’ first few entries made it one of the best video game series, but the last couple of entries has not been up to the high bar those games set. 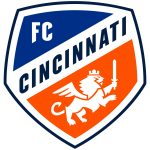 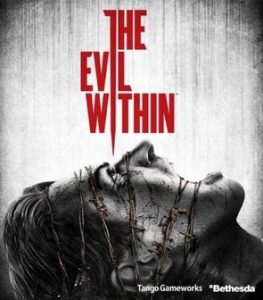 FC Cincinnati is one of the newest MLS franchises, and it did terrible in its first season, as we have written about extensively. However, its fan base is still there, rooting it on to the next win.

The Evil Within is a fairly new survival horror franchise that has had only two games, and both haven’t reviewed very well. But its fan base enjoys the games quite a bit and will go to bat for it. 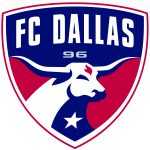 FC Dallas started its run in MLS as the Dallas Burn and won the league, then had a lull before rebranding itself to what it is now and winning another title.

Assassins’ Creed started out well with the outstanding Assassins’ Creed 2, then struggled for a little bit. After seeing where it needed to improve, it changed itself and got better with Origins and Odyssey. 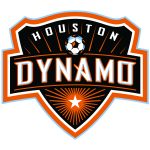 A franchise that was almost immediately successful was the Houston Dynamo, winning two MLS Cups in their first two seasons in the league in 2006 and 2007. They also won the U.S. Open Cup in 2018 after a long hiatus of no trophies.

God of War also started well. The first three God of War games are amazing. Then after a long time of mediocrity, it returned with the great reboot God of War. 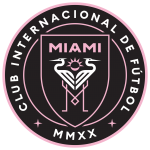 Inter Miami may only be brand new, and it’s already working to get top-tier players.

Horizon only released a few years ago, and it’s working to become one of the titular franchises for Playstation. 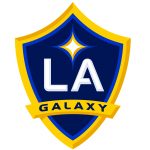 The LA Galaxy are the premier franchise of MLS. It has the most MLS Cups, with five, as well as four Supporters’ Shields and two U.S. Open Cup trophies.

One of the most prestigious video game franchises is The Legend of Zelda, with every mainline title being an event. This success has continued throughout the entire life of the franchise. 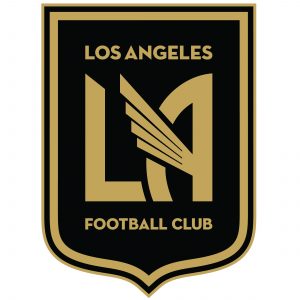 Photo from the official Minecraft Wikipedia.

Los Angeles FC is already a franchise that has seen success, winning the Supporters’ Shield in only its second season. The team has also shown it wants to compete with the best in the league each season, with the best player in the league, Carlos Vela.

While the Minecraft franchise is basically only one game, it is one of the most famous video games in the world. The developers keep adding more and more content to it, as well as fans adding more content with modding, making one of the best games even better.

Minnesota United is an MLS franchise that went from the lower leagues of United States soccer to MLS. Things are looking up for the team after having multiple losing seasons.

Watchdogs is a franchise with a first entry that might have killed the franchise entirely if the next entry wasn’t unique enough to justify its existence. It’s a good thing that happened as the second game was interesting and unique and allowed it to grow. 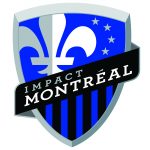 The Montreal Impact is a franchise that has continuously failed to make the MLS Cup playoffs, five out of its eight seasons missing the postseason. It has seen some success, but not in a way that makes it seem successful on the surface.

Dead Space might not know success like many other franchises, only with three entries, and none since 2013, with that last game being railed by critics. However, it is one of the more unique horror franchises, allowing it to stand apart from other similar games.

Nashville SC is a new MLS franchise that moved up from the USL like FC Cincinnati did but with a much shorter USL life and with much less fan support.

Clash of Clans became a massive hit on mobile devices almost immediately when it released as a free-to-play game. While it has gone on to be a massive game, it feels hollow to play, like there’s nothing to do in the game other than waste time and money. 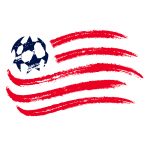 Castlevania was one of the most famous franchises in the first couple of console generations with Castlevania and Castlevania: Symphony of the Night released on the NES and Playstation respectively. However, the last decade has not been kind to the franchise, with no great games to show. 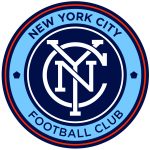 New York City FC is a franchise on the cusp of making it to the next level of MLS competition. In its five years as a franchise, it has made the Eastern Conference semifinals the last four years, showing it has the chops to go far but not be the best.

The Last of Us is a franchise with some of the best stories and characters but a game that isn’t necessarily that fun to play.

The New York Red Bulls are one of the more successful franchises in MLS, winning three Supporters’ Shields, but have only made one MLS Cup in its history.

Mega Man is one of the franchises that was most famous during the early years of video games prior to a long hiatus. However, it revived itself in the 2010s and has started to return to the mind of fans. 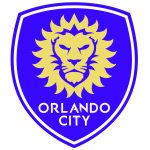 Orlando City is a franchise that continuously looks like it’s ready to make the jump to the next level, wanting to breakthrough. But in its five years in the league, it has not made the postseason once.

Just like every sports franchise, which looks like they are trying to get better every year but then the game releases and it’s the same exact game, but Tom Brady is on a different team this year. 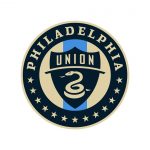 Philadelphia Union are a team that haven’t seen a lot of success in its decade-long history in MLS. The only trophies they have won are two MLS Fair Play Awards in 2014 and 15, if you even count those.

Far Cry is a franchise that has been marred in inconsistency. The games have sold well but have been knocked by reviewers for the games not changing enough and being too similar. 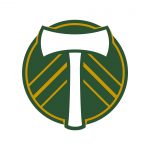 The Portland Timbers have been a successful team since they entered the league in terms of popularity, selling out every single home game they have been a part of in MLS. The team has also won one MLS Cup.

While Darksiders might not be the best series out there, it has a very devoted fan base that loves all of the games and will go to bat for every single one, even though each one is radically different from the last. 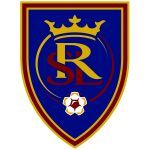 Real Salt Lake is a team that saw success quite early in its life, winning MLS Cup in 2009 after entering the league in 2005. Since then the team made MLS Cup in 2013, with its only other notable achievement being Concacaf Champions League runners-up in 2011.

Dead Rising saw great success in its early years with the great Dead Rising 1 and 2. However, since those games, the newest entries have been devoid of life. 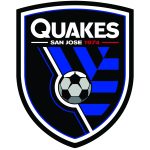 The San Jose Earthquakes are one of few teams to have more than one MLS Cup, winning them after their rebrand from the San Jose Clash, in 2001 and 2003 respectively. Other than this success, it has won a couple of Supporter’s Shields in 2005 and 2012.

Spyro the Dragon is a video game franchise that saw its best games on the original Playstation with its first three outings, and after that, it has been mishandled and not seen a lot of great games. 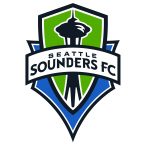 Since the first season of Seattle Sounders soccer in 2009 when they won the U.S. Open Cup, it has been one of the most successful franchises in the league. It has won four U.S. Open Cups, two MLS Cups and one Supporters’ Shield.

The Souls series, since its inception, has been a series that has raised the bar for fans of games that look to challenge the player and create a believable world. 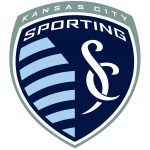 Sporting Kansas City is one of the model franchises in MLS. It has previously been successful one year, winning a trophy and then going away for a year or two. The team has two MLS Cups, four U.S. Open Cups and one Supporters’ Shield.

Super Smash Bros. is also one of the most popular video game franchises in the world, even having the highest-selling fighting game of all time in Super Smash Bros. Ultimate. The series usually has a game released one year, then disappears for a few years until the next game releases. 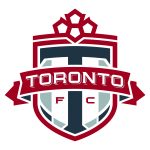 Bioshock is another franchise that seems to disappear, not releasing a game, then out of nowhere releasing an absolute banger. There have been only three releases in the series, and they’re all great games. 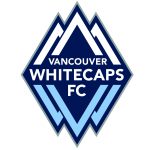 Vancouver Whitecaps are a team that have accomplished almost nothing in its time in MLS, only having the Voyageurs Cup to show for itself.

The Xbox exclusive Crackdown has also been a series that has tried to work itself into good games, but each time, it just doesn’t work out. No matter how much they try, the game is a boring mess.